Skip to the content
Home > Insurance Blog > Live from The Dotted Lime!

Live from The Dotted Lime!

Today we are live from one of our favorite places to eat, The Dotted Lime in Columbia, TN! Owners Paul and Chrissy Jensen took time to tell us all about how they got started in the restaurant business.

Paul says he “grew up” in the kitchen with his father and grandfather. He eventually learned that his great-grandfather had owned a restaurant in Brooklyn, NY. As a fourth generation chef, Paul found the restaurant industry calling to him.  He moved to Tennessee in 1992 where he and his wife, Chrissy, met. The couple moved to Colorado, St. Louis, and Philadelphia before eventually moving back to Tennessee in 2008.

The Dotted Lime is “heaven on earth” for those who have gluten sensitivities. Paul shared that his brother had been diagnosed with Celiac Disease and, later, Chrissy was diagnosed.  A focus for him during culinary school was learning how to make savory foods gluten free. Chrissy wanted to make breads and pastry items gluten free as well. She worked on recipes to perfect her techniques.

“We took it one step further,” said Paul. “Even though we have a personal experience with gluten allergies, we have dear friends who have children with nut and tree nut allergies. So, we decided early on – almost the day we opened – that we wanted to be a safe place for those with nut allergies, too.”

The Dotted Lime is a favorite stop in Columbia. Paul and Chrissy have put heart and soul into everything that they do. They are also dedicated to continuing the family tradition and have their first apprentice, Olivia, who will be a 5th generation chef!

In addition to their wonderful menu selection, The Dotted Lime offers family meals and bulk orders as well.

“We have a website set up so that you can order ahead for the week’s selections,” said Chrissy. “You can order a pound of chicken tenders or Carne Asada in bulk and meal prep based on those items. Bulk meals can be picked up on Wednesdays so that you can have food available that is safe and tasty. We also have family meals hot and ready Tuesday, Wednesday, Thursday, and Friday nights.”

All of the options are gluten free and allergy friendly.

“I don’t think people understand the heightened awareness that you live with all the time when you have sensitivities or allergies,” said Paul. “Here, they are able to ‘clock out’ and say ‘I can have anything here!'”

The Dotted Lime reportedly has the “best pancakes on the planet” also! – and they are gluten free!

“People come in here and you can tell that they have been gluten free for a long time and aren’t used to ordering what they want off of the menu,” said Chrissy. “If it’s their first time in, they will automatically order the salad. I will ask, “Do you want a salad?” Then the wheels start turning. It’s fun to see people realize they can have whatever they want!”

The Dotted Lime is in a  beautifully remodeled space. They have a drive-up “convenience window” to make ordering and pick up as easy as possible. They offer catering as well!

Here at DeBerry Insurance, we are dedicated to supporting locally owned businesses. It doesn’t get any better than The Dotted Lime! Be sure to come out and see them! 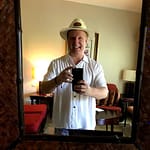 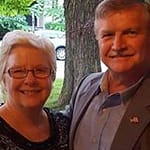 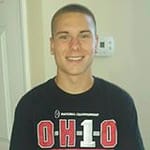